Radiator Comics is really excited to announce the addition of works by Marnie Galloway! She’s an amazing artist, and her stories are extremely imaginative. In the Sounds and Seas is her major work (she recently announced she is half-way through drawing the second volume). Had this comic been around when I was a kid, it’s the type of comic that would have been a huge influence on me. Its art is outstanding and memorable, and the ideas within it are mind-blowing. If you have a young reader in your life, I would strongly recommend you pick this book up for them. 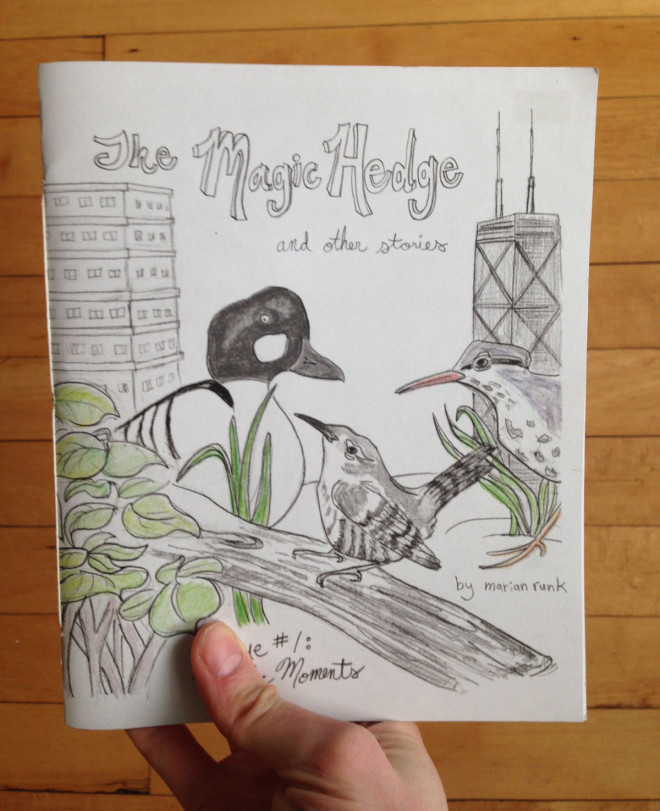 Also featured on Radiator’s front page is an artist spotlight on Marian Runk, whose autobiographical comic series The Magic Hedge is a must-read. It mixes her love for birding with stories from her life. Her moving comics about loss, love and community are juxtaposed with beautiful drawings and fun observations of the birds she watches. Totally check her comics out. A++

Lastly, I want to shout out a congratulations to Sam Sharpe, whose Viewotron No. 2 was nominated for an Eisner Award, which were handed out this past weekend. He didn’t win, but for a self-published mini to be nominated is a pretty big deal. Way to go, Sam!

Thanks so much to everyone who’s picked up comics from Radiator Comics in its first week! Alright! Enough yapping! More comics!