This week we have two new titles by Leslie Perrine: Stella’s Big Wish, a children’s book about a small star with a big heart, and Heart Seed, a minicomic about planting traditions and memories through experience. 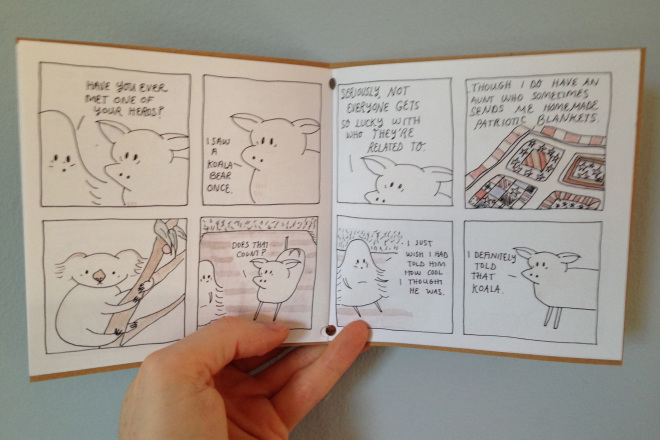 Plus! Grace Tran joins the Radiator crew with her zine, Day Trips No. 3. It compiles two non-fiction stories, one prose, one comics about love in a time of war. I’m really excited to have Grace on board, and hope you’ll be seeing more of her zines soon!

This week’s spotlight artist is John Porcellino, who will be a special guest at the Small Press Expo this weekend in Bethesda, MD. A documentary about his life and his 25-year old minicomic, King-Cat Comics and Stories will premiere at SPX, and then he’ll be on a loooooong tour promoting it and his new book, Hospital Suite from Drawn & Quarterly. He’s probably stopping near you, so you should check out his schedule, and make it a point to catch him while he’s on the road.

Speaking of SPX. If you aren’t doing anything this weekend, and want to fake a close relative’s death to get out of work, and receive a discount on air-travel, I’d highly recommend making your way to the North Bethesda Marriott where THOUSANDS of comics artists and comics fans will spend a ridiculously fun weekend. It is the most social weekend in alternative comics, each year, and not to be missed.