No new comics this week, but we wanted to talk about a category of publication that’s near and dear to our hearts, but may be overlooked, as this is a comics distro…zines!

For those who may not know, a zine is a self-published periodical. It’s usually made by one or just a few people, who see the publication from the seed of an idea to putting it in people’s hands. In fact, the vast majority of the titles Radiator carries should be considered zines, minicomics are just a comic book version of a zine.

But we also carry 27 publications that are mostly words, with little or no sequential art, and we’d like to highlight them some of them!

Isabella Rotman’s zines are full of useful information with a healthy dose of snark, and vulgar language. Isabella wants you to safely forage for food in your back yard, know more about how animals reproduce, and have safer sex yourself. Her drawing skills are on full display in these informative and entertaining zines!

Everything Quantizes is a zine series by Kate Brideau PhD which collects accessible academic writings about typography, and how we read letters. Like the ones you’re reading RIGHT NOW! And when Kate’s not writing about typefaces, you can often find her drawing strange figures and mapping out her life in her sketchbook-zine Maps & Diversion. 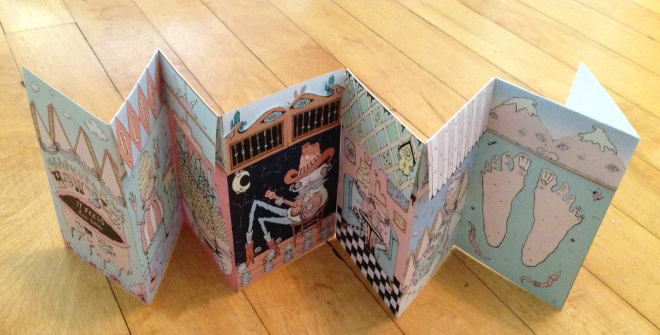 Danielle O’Malley’s accordian-fold zine, How Big It Feels, How Little It Is is a strange art object. Each page features flaps you lift, and saloon doors you open to reveal drawings that evoke exciting sensations!

Grace Tran chronicles the history and lives of her family in the part-prose, part-comics zine, Day Trips. Rumor has it, she’s working on the fourth issue as we speak! 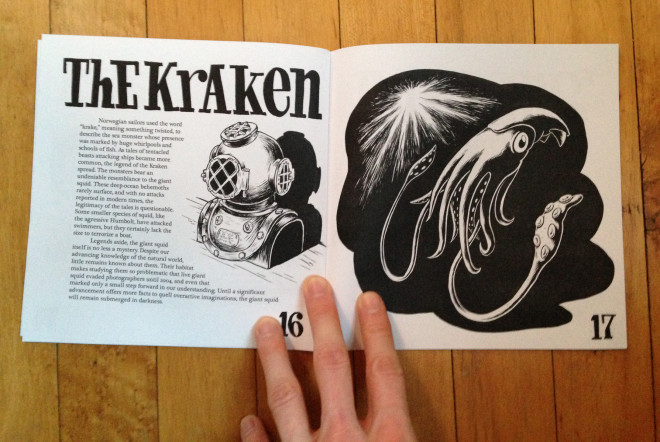 Cryptozoology is far too often focused on animals that may or may not exist, Reid Psaltis prefers to focus on how people react to the idea that they might. Cryptozoology, a Pragmatist’s Guide features gorgeous renderings of these animals and artifacts connected to their lore, and analysis of how populations react to these legends.

Speaking of Marissa Falco, and sending letters, Marissa has a whole other zine about mailing things! Parcel Ghost’s Guide To Post is exactly what it sounds like, everything you might want to know about mailing letters told to you by the ghost of a mail carrier, PLUS the inspiration to get out some paper, and envelope, and a postage stamp! 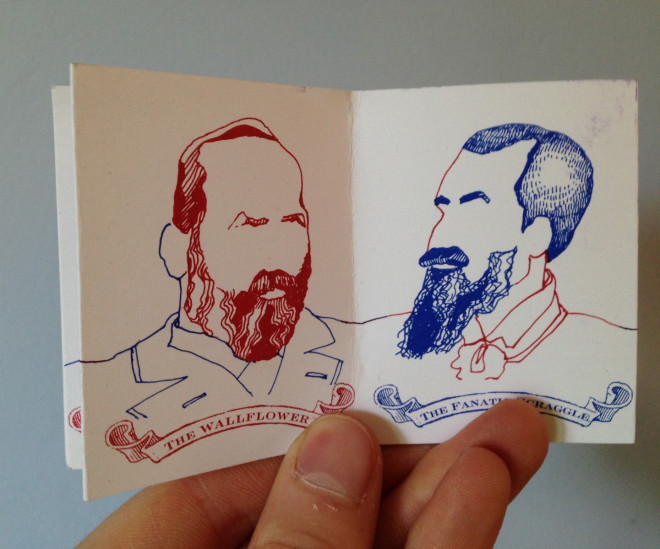 Looking for portraits of the four U.S. Presidents who have been assassinated and their respective assassins, without their faces? Marnie Galloway’s The Assassin’s Élan is a beautiful little object that collects the hair styles of Presidents Lincoln, Garfield, McKinley, Kenedy and their assassins in stunning red and blue ink on white paper.

Lil’ Buddies are everywhere, you just have to look for them. Key characteristics of Lil’ Buddies? they are objects that should not have faces, but do. They are adorable, and Edie Fake has a growin menagerie in his zine series, Lil’ Buddies Magazine.

Edie will also seduce you with remixed images from the Joy of Cooking in his zine, Foie Gras. These hypnotic, somewhat sexual drawings will dazzle and amaze! 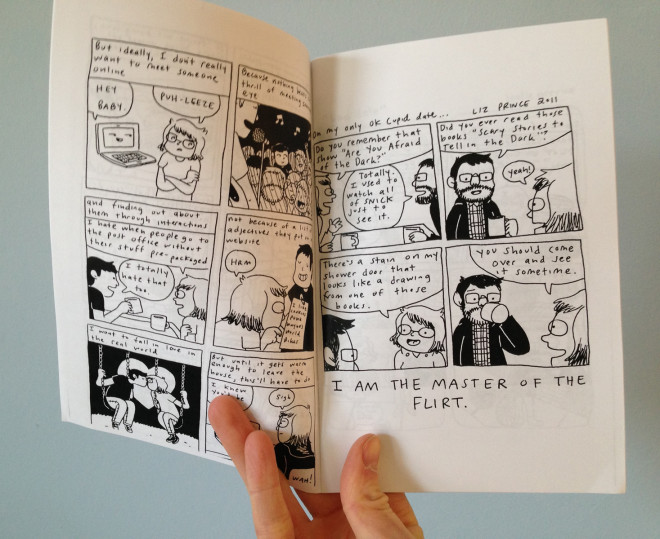 Lastly, Ramsey Beyer, Leslie Perrine, Liz Prince and their friend Kettner got together to document the trials and tribulations of dating through OK Cupid in the hilarious zine, So This Is What It’s Come To…

So check them out! Zines!