Ben’s comics possess a complexity that make them so much fun to read. The same title can be terribly serious and laugh-out-loud funny. It can be snarky and accusatory while at the same time introspective and honest. It can argue one side of an issue, and in the next breath, completely defeat that argument. It can be drawn with superb control and subtle line work, but look like it was drawn in seconds.

I think what I like the most about Ben’s comics is that he never takes himself too seriously, and that allows him to express risky ideas! Ben’s comics come highly recommended!

We want to congratulate Georgia Webber and John Porcellino for their Ignatz nominations for Outstanding Series (Dumb) and Outstanding Minicomic (King-Cat No. 75)! The Small Press Expo is just about a month away! And Radiator Comics is excited to be exhibiting! We have nine fantastic artists who will be present at our table (E12) -including Georgia- and we hope you’ll stop by and say hi!

We also wanted to extend a huge thanks to the organizers of Autoptic, the biannual comics printmaking and music festival in Minneapolis. It was a lot of fun to table there, and get the Radiator Comics word out to our neighbors to the north. Also, Aaron King of Boneshaker Books was a real great host, and I’m excited to have made a new friend! Oh, and Merwyn too! 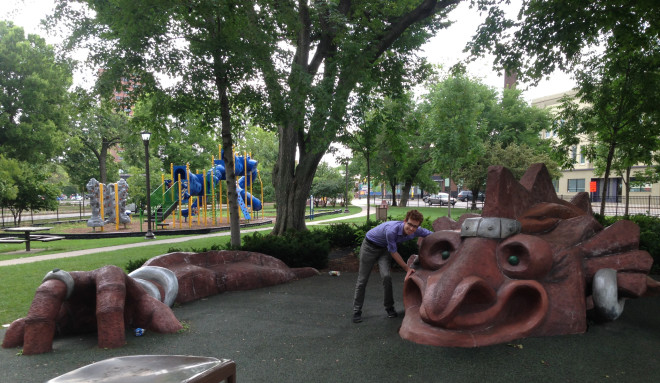