It’s the 10th anniversary of the Chicago Zine Fest!

And Check out this poster Neil designed! 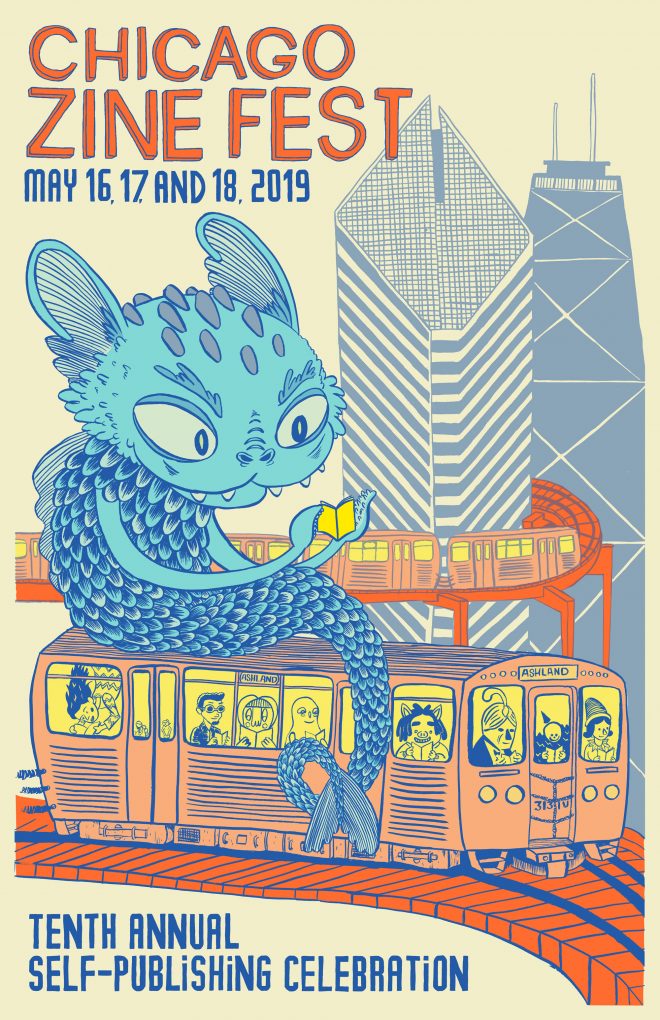 Bernie McGovern is a cartoonist, portraiture artist, and mostly functional human being living in his native Chicago. His work explores empathy in the face of violence across an emotional landscape, marred by raging deities and industrious tyrants. The world of An Army of Lovers may be awful and debased, but its inhabitants will never stand for it. Bernie’s more self aware comics may know that at the center of each of his books is a little mammal who would love to cuddle up, nap, and dream all the days away.

Come to Chicago, June 1 & 2 for two days of a wonderful community comics show!

Radiator Comics will be tabling with Marian Runk, Neil Brideau, and more to be announced!

And check out the awesome artwork by Marnie!

Vicko Alvarez is a Chicago based Tejana and creator and illustrator of the ScholaR Comics web series. The comic is based on her childhood as well as the lives of the students she’s had the privilege of teaching in Chicago’s southside. The stories touch on the realities of growing up poor in an immigrant home while also maintaining pride in your community.

Her latest comic, Rosita Gets Scared, tells the story of a young undocumented girl coping with her fear of deportation. The comic also serves as an activity book to be utilized in classrooms and with youth groups as a tool to encourage culturally relevant social and emotional learning. With just weeks into its release, the comic has been covered by Telemundo, Newsy, and Radio Vocalo, and has been ordered by activists, educators, and parents across the country. Vicko is very excited to have found community in people of color comic cons and is very happy about the growing opportunity to connect with like minded educators.