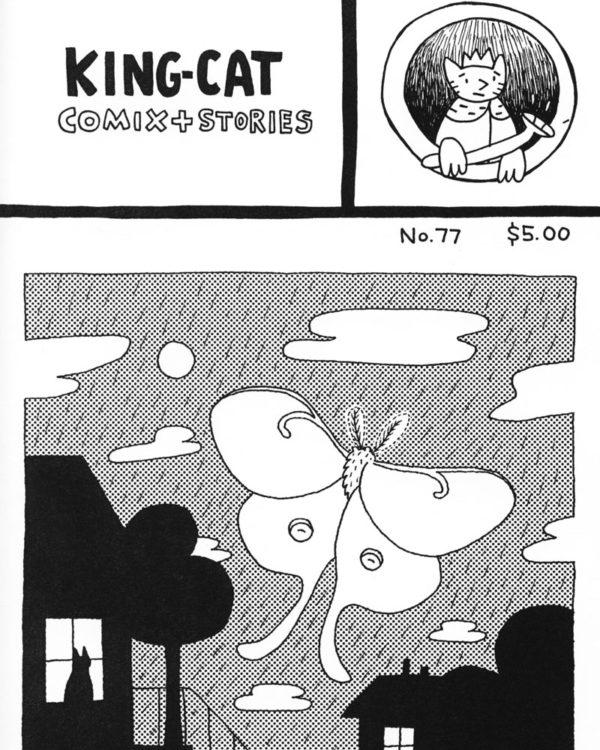 Cougars and dogs and possums, oh my!

While King-Cat can often be full of sweet poetic meditations on nature, this issue relies on narrative-heavy stories about wildlife encounters. John recounts stories with possums, dogs, frogs, cougars and caterpillars…plus a childhood bee-sting to the crotch!

In addition to fun and captivating stories that could be told while sitting around the table after dinner, John peppers this issue with funny made-up trivia about his cats. Pick this issue up for a magical menagerie of animal comics!

Be the first to review “King-Cat Comics & Stories No. 77” Cancel reply

The godfather of minicomics!