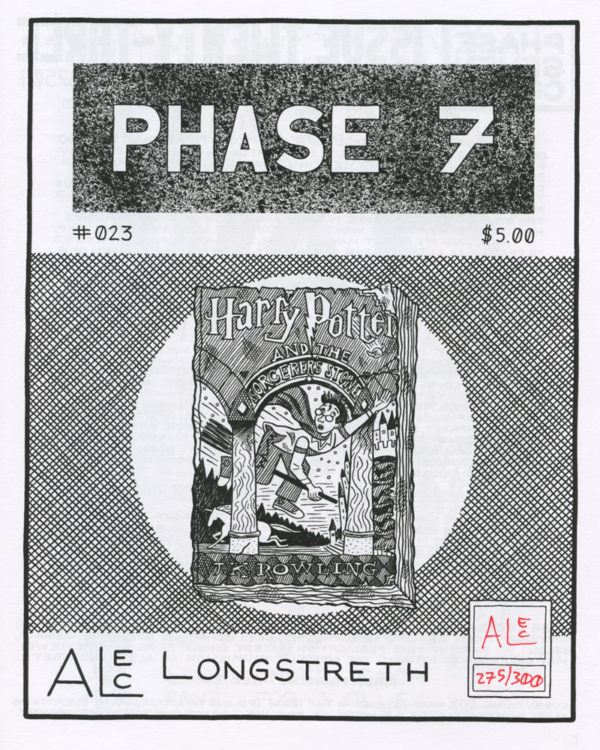 Alec Longstreth is a comics-making MACHINE! His motto is “Draw Comics Everyday!” which he takes literally. It’s no surprise that he’s drawn comics even the most die-hard Longstreth fan has never seen. Alec is dedicating issues 022 and 023 of his series Phase 7 to previously published comics from anthologies websites. This issue collects nine older comics, as well as one brand new comic!

“Union Street” was originally published in a skateboarding comics anthology, Sidewalk Bump No. 2, (edited by Dan Moynihan) in which Alec reconnects with his skateboard in college! It’s a quiet and charming little comic!

“Dvorak” is a comic all about Dr. August Dvorak (longtime Longstreth fans will be familiar with Alec’s obsession with the Dvorak Simplified Keyboard Layout)!

“J.R. Tipton and the Boy Who Lived” is a new -!never before seen!- comedic comic about the power a fictional wizard has on the coldest of hearts!

Alec Lonstreth has a serious case of minicomics fever, and it's terribly contagious!

Get free shipping on domestic orders over $60.00! Dismiss