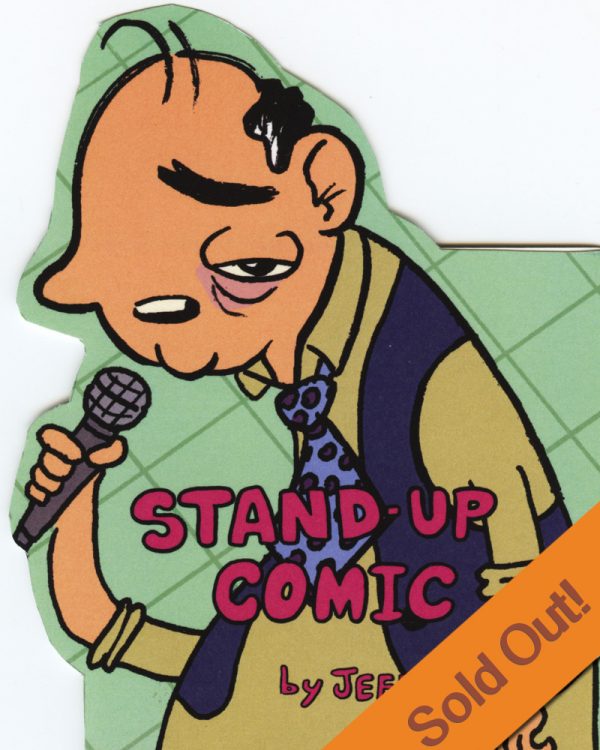 A sad-sack comedian at the end of his rope.

A For Mature Readers / Humor minicomic.

Jeff Zwirek is a master at crafting creatively packaged comics. Jeff’s Stand-Up Comic features the stand-up comedy routine of Buster Guts, a down-on-his-luck, been-on-the-road-too-long, comedian. Buster is ready for life to end, and doesn’t hide it from his audience. His entire vulgar act comes across as much as a cry for help (or for someone to put him out of his misery), as it does a crafted joke-routine.

The comic itself is straight-forward, it’s Buster up at a comedy club telling “jokes.” The physical comic itself is a pun, as it features a back-stand, so you can stand up your stand-up comic comic. Get it?

Be the first to review “Stand-Up Comic No. 1” Cancel reply

Jeff Zwirek builds comic books that open and unfold in imaginative ways to reveal warm and sincere stories within.

Get free shipping on domestic orders over $60.00! Dismiss