View cart “Unbound” has been added to your cart. 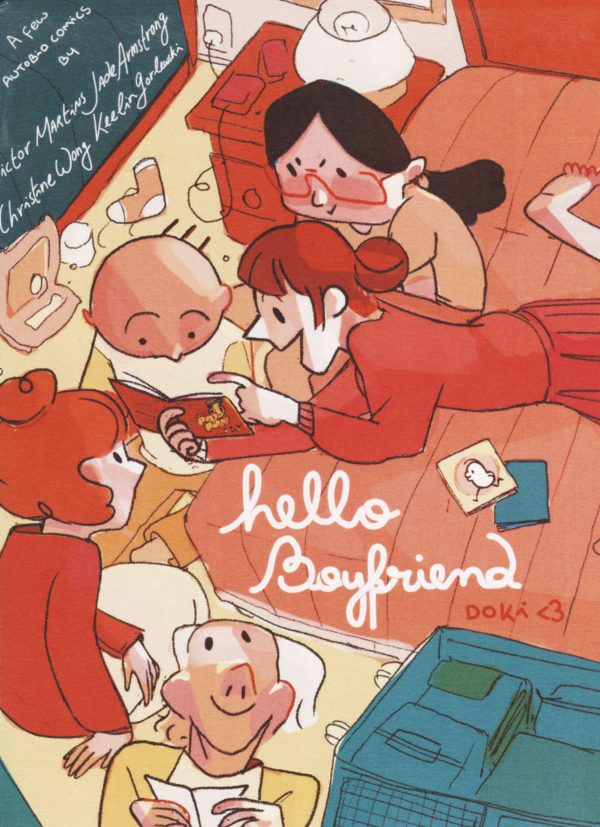 An Anthology / Autobiography & Memoir minicomic for all ages about college, comics, and friendship.

Hello Boyfriend is a comics collective that formed at a college in Toronto, and this is the story of how it formed! Victor Martins, Christine Wong, Jade Armstrong, Jesse DeNobrega, and Keelin Gorlewski form a group of close cadre of friends who share a love for comics and each other.

Hello Boyfriend, Doki Less Than Three collects autobiographical comics about the formation of the group and their adventures, self-publishing, attending comics festivals, and building friendships.

These comics are highly illustrative of the emotions around starting off in self-published comics. Insecurity, hero-worship, fast friendship, genuine love for fellow cartoonists and their comics, it’s all here in a bundle of energetic comics by some great emerging artists!

Check out Hello Boyfriend at https://helloboyfriend.itch.io/

Be the first to review “Hello Boyfriend” Cancel reply

Orders placed the week of August 7 will ship Friday, August 12.
All domestic orders of $60 or more qualify for free shipping. Dismiss