View cart “King-Cat Comics & Stories No. 76” has been added to your cart. 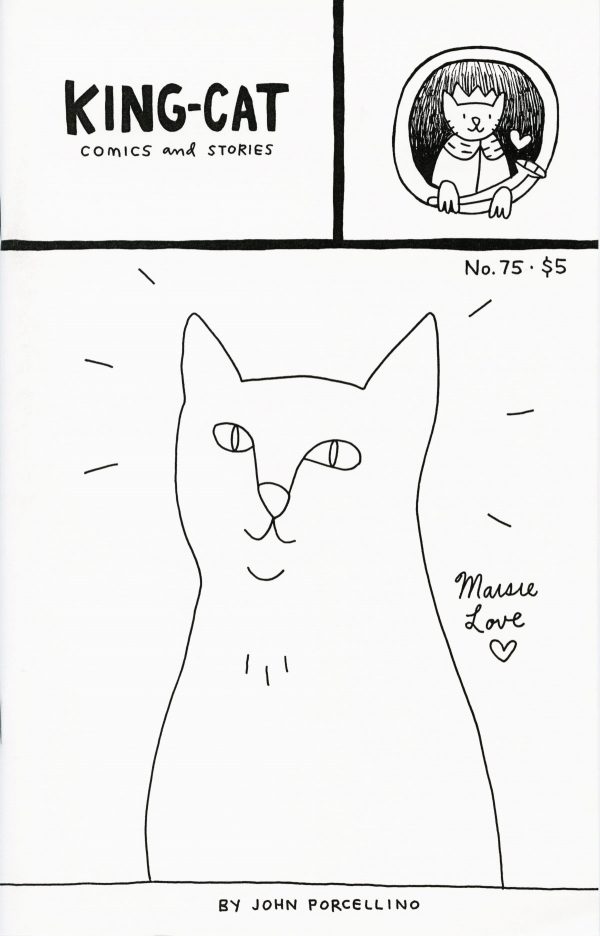 King-Cat Comics & Stories No. 75: The All Maisie Issue by John Porcellino

The life and times of Maisie Kukoc.

Only 8 left in stock

Long-time readers of John Porcellino’s King-Cat Comics and Stories will be familiar with a reoccurring character in John’s life, Maisie Kukoc, the cat. Realizing King-Cat was nearing its 75th issue (YOWZERS! Congrats, John!), he decided to make it a double-sized story of Maisie’s life.

John met Maisie the cat when he moved to Denver. Maisie was just six months old, and John was fresh out of college. Through a series of events, Maisie and John became roommates, and close friends, and eventually John became Maisie’s primary caretaker. Through two marriages and numerous cross-country moves, Maisie was by John’s side.

A beautifully told, and sublimely drawn (which is kind of a given with John’s comics), King-Cat No. 75 captures perfectly the loving bond one builds with their companion animal. We get a clear understanding of Maisie as a living being, as well as the beautiful friendship John had with this cat! You’ll have a hard time keeping your eyes dry at the end. This is a great great comic!

Be the first to review “King-Cat Comics & Stories No. 75” Cancel reply

All domestic orders of $60 or more qualify for free shipping!
We encourage placing holiday orders before December 15, 2021! Dismiss