View cart “Still Couldn’t Afford Therapy, So I Made This Again…” has been added to your cart. 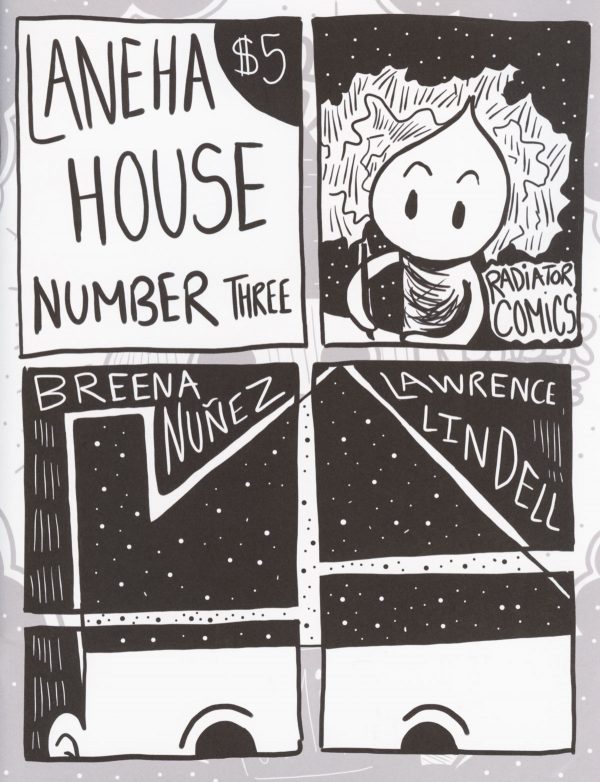 Self-portraits through comics and illustrations

Only 2 left in stock

Laneha House is a showcase of comics by comics couple, Breena Nuñez and Lawrence Lindell. Each issue collects comics by each cartoonist, and features cute vignettes about their relationship as well. In previous issues, their comics were mixed together, but in issue Three Lawrence and Breena switch things up, splitting the zine down the middle.

Both sides—Breena in the first half, and Lawrence in the second—feature autobiographical comics about mental health, identity, and home, mixed with illustrations of bedrooms, shops, houses, and other aspects of their life in the Bay Area. Throughout this thick issue’s pages, we develop a nuanced and complex portrait of the two cartoonists!

We’re really honored that Laneha House printed copies with a Radiator Comics Variant Cover, featuring our mascot, “Lightbulb Kid”/”Onion Head” (their identity changes depending on how they feel that day)! We’re grateful for Breena and Lawrence both for the cover and the comics & illustrations within!

Be the first to review “Laneha House No. 3” Cancel reply