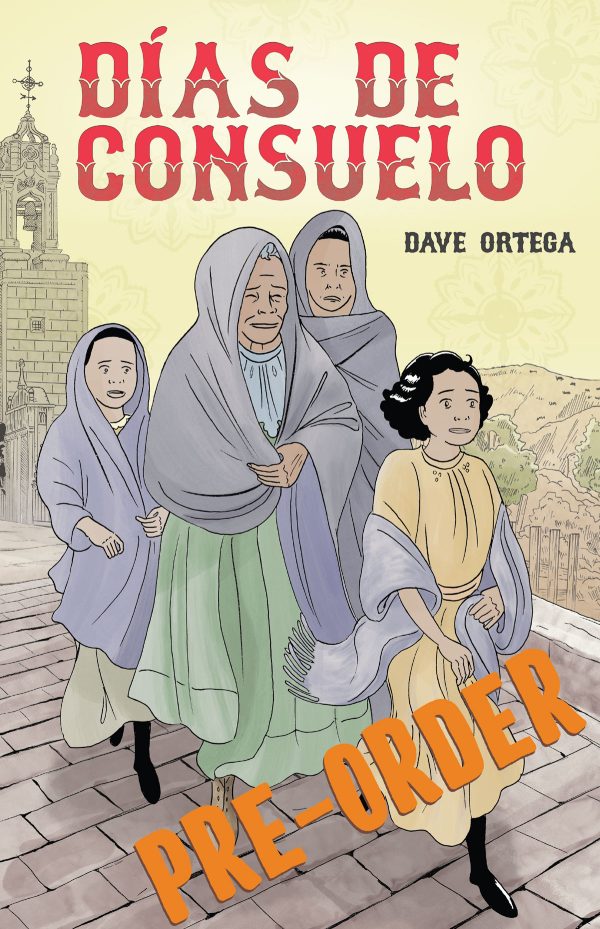 Finding family in a time of war

Be the first to receive a copy of our next book, Días de Consuelo by Dave Ortega!

Días de Consuelo is an intimate immigration memoir in the graphic tradition of Persepolis that connects the personal recollections of the author’s abuela (grandmother) with the storm of events that made up one of the most important uprisings of the 20th century: The Mexican Revolution.

This graphic novel introduces middle grade through adult readers to the captivating story of Consuelo, her mother Evarista, grandmother Isabel and sister Beatriz as their lives are upended apart by civil war. Días de Consuelo is also the perfect introduction to revolutionary figures like Pancho Villa and Emiliano Zapata, the series of uprisings that they led to put an end to centuries-old systems of oppression, and the toll that this violence took on daily life. With its expressive cartooning style, this book celebrates the Mexican-American experience in a way that has yet not been seen in the comics medium.

Días de Consuelo will be released on March 1, 2022. Pre-Orders ship before March 1, and come with an exclusive bookplate! 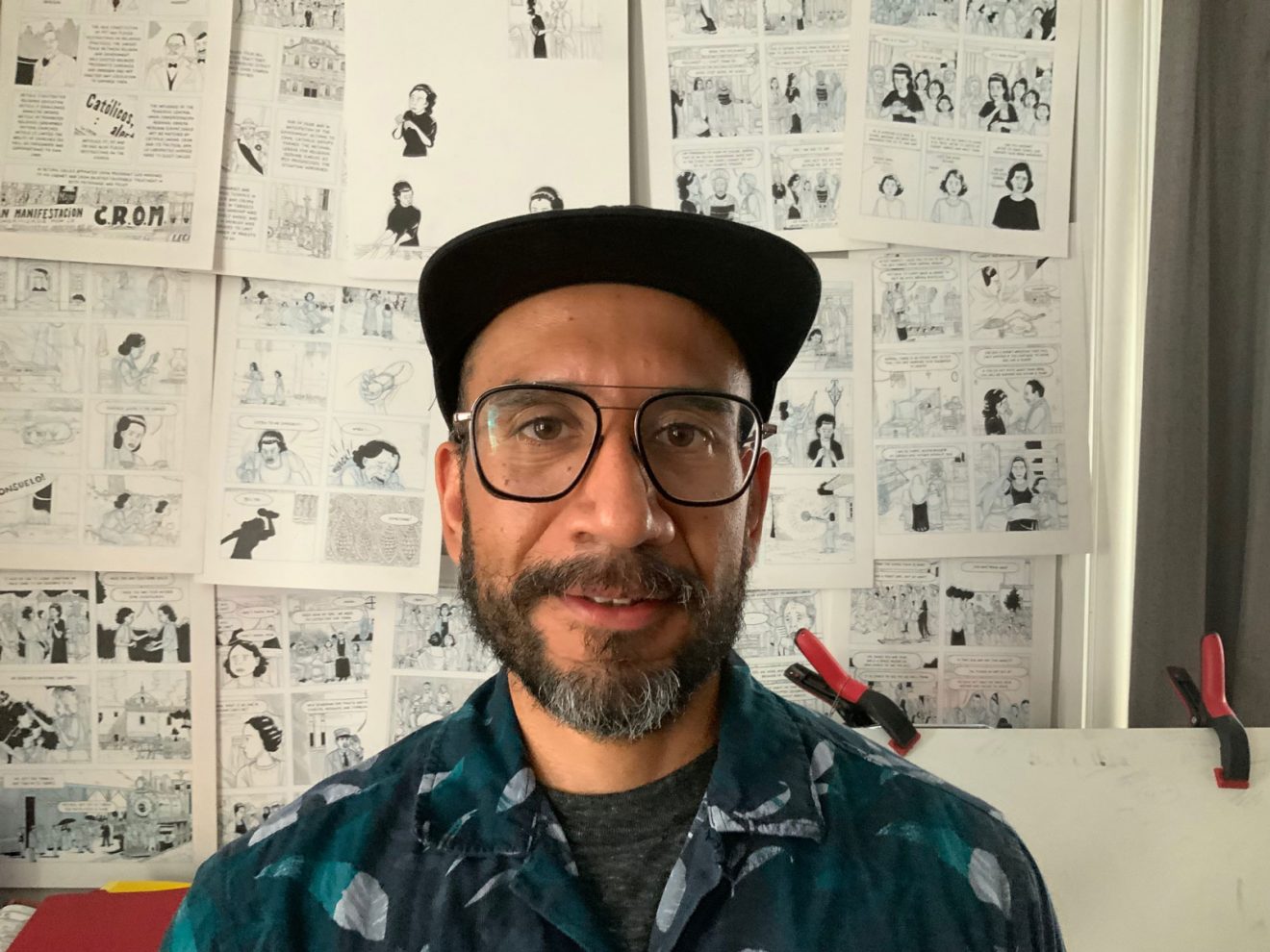 Dave Ortega has been self-publishing comics and zines since 2010. in 2013, his comic Hacienda won the comics composition competition, awarded by Comics Workbook. He created a comics-related project for the Institute of Contemporary Art, Boston, and taught comics at the School of the Museum of Fine Arts, Boston. He has been awarded grants from the Massachusetts Cultural Council and the collective futures fund. He freelances as an illustrator, graphic designer, and film editor. Dave lives in Somerville, Massachusetts with his husband, Ken.

“Ortega offers a window into the lives and struggles of our Mexican ancestors. His drawings and prose draw a parallel to the ongoing lucha of today’s immigrants.”
— RAÚL THE THIRD, author of Vamos! Let’s Go to the Market

“A treasure. It’s exquisitely crafted but never fussy, informative but never didactic, and moving in original and unexpected ways. A real triumph of biographical cartooning.”
— ANYA DAVIDSON, author of Band for Life

“Perfectly blends oral history and visual storytelling to give us a look into the way border politics have affected families for generations. Dave does the important work of documenting the wisdom and stories of his elders to translate them into a compelling visual narrative… Comics done right.”
— ZEKE PEÑA, illustrator of Photographic: The Life of Graciela Iturbide