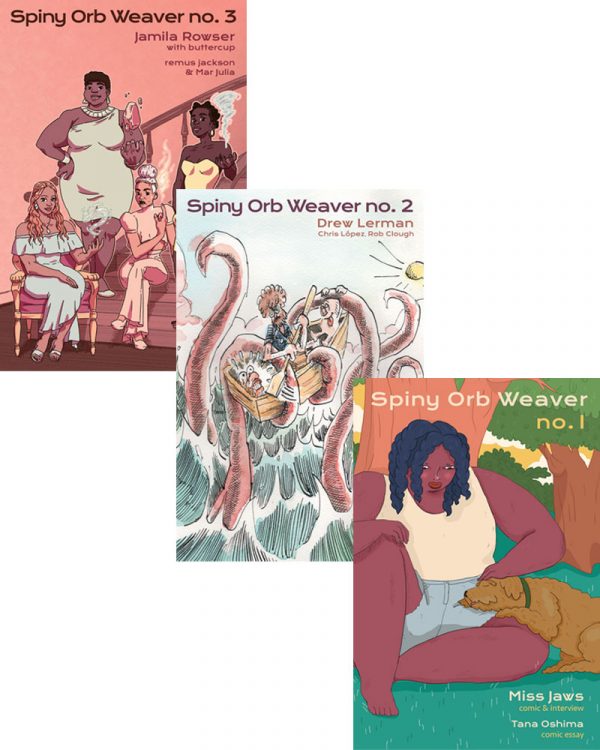 from the series Spiny Orb Weaverpublished by Radiator Comics

Radiator Comics is proud to present Spiny Orb Weaver, a comic arts journal focused on cartooning in South Florida. Through a new commissioned comic and interview, each issue highlights one voice in the local comics scene. The back-pages feature cartoonists who have moved from the region.

This subscription covers the first three issues. Subscribers receive each new issue before anyone else and a major discount on shipping! A pro-rated subscription is available for people who have already bought the first issue!

Spiny Orb Weaver is funded by The Ellies, Miami’s visual arts awards, presented by Oolite Arts. This publication is part of Radiator Comics Studio, a series of online programming and print publications to support the South Florida cartooning community. Radiator Comics Studio is made possible with support from The John S. and James L. Knight Foundation.