View cart “Best Friends” has been added to your cart. 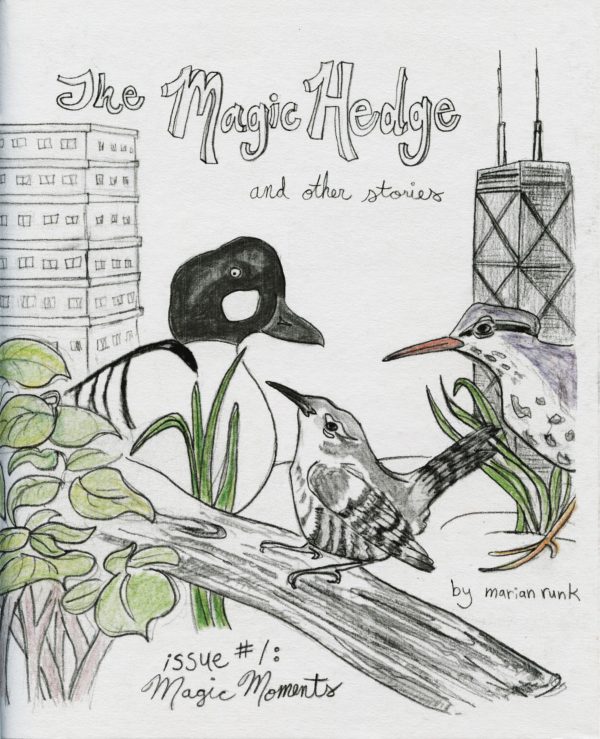 Finding the magic moments, observing the plumage of life.

Welcome to the Magic Hedge. In Chicago, the Magic Hedge is a part of the Montrose Beach bird sanctuary. In comics, the Magic Hedge is Marian Runk’s personal anthology, and it holds as many wonderment as its namesake. This issue introduces us to the Hedge and the near-year-round birding she does there. Inspired by her father’s obsession with birds, Marian documents warblers and sandpipers.

In the emotional and moving final story, Marian recalls her reaction to Mondo Guerra’s coming out as HIV+ on Project Runway. Through personal loss, and continued observations of how AIDS is viewed within her queer community, the news had a profound effect on her. She brings the Hedge back into the narrative, and through that, makes her story immediate and alive.

Marian’s soft pencils and strategic use of color gives the entire comic an organic and real feel that will surely move you.

Be the first to review “The Magic Hedge, Magic Moments” Cancel reply

We're taking a quick break! Orders placed after June 20 will ship on June 29.
All domestic orders of $60 or more qualify for free shipping. Dismiss