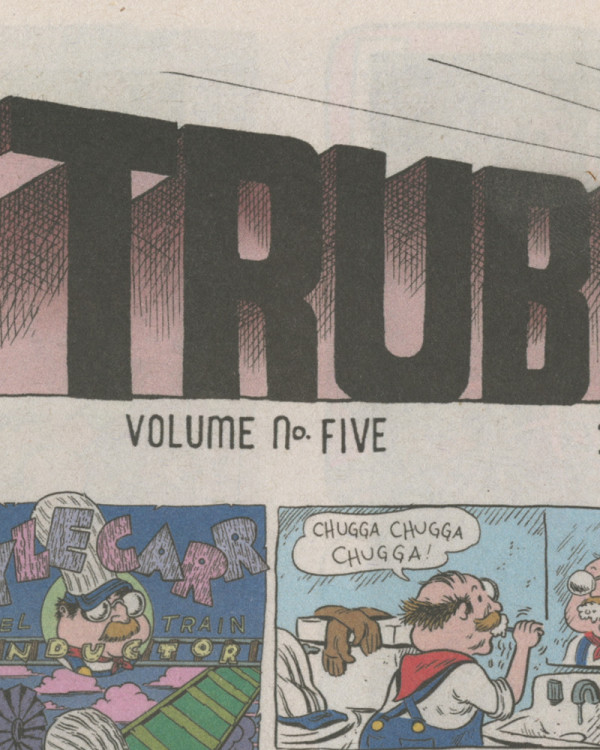 Rough Saturday night? Let these sunday funny pages be your hair of the dog.

Trubble Club, the gross-out collaborative comics collective of Chicago pay tribute to sunday newspaper comics with a full-color newsprint issue! The crew parodies all of your favorites…you’ll never be able to look at Heathcliff the same again.

Usually Trubble Club jam comics start with the first panel drawn by one artist, and then the comic is passed on to a second to draw the next panel, and so on, down the line until they’ve completed the comic! Since this issue is designed to mimic the sunday funnies, each comic starts with a title. The subsequent artists then get to play with a larger idea, rather than developing a stream-of-consciousness from the little information given in previous panels.

It’s fun! Pick it up! If you want to be thouroughly grossed out.

Be the first to review “Trubble Club No. 5” Cancel reply