View cart “Daygloayhole No. 3” has been added to your cart. 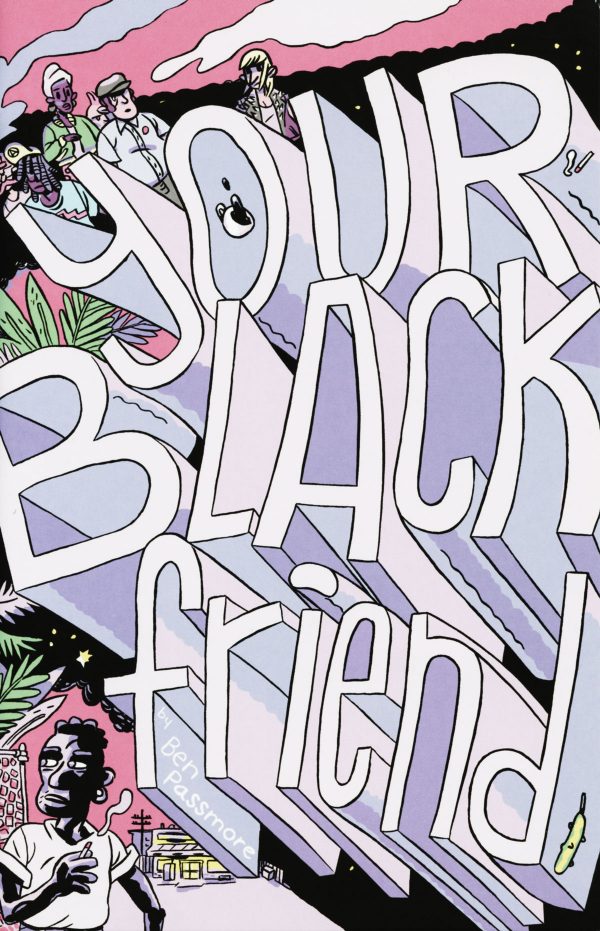 Your Black Friend by Ben Passmore

published by Silver Sprocket
Rated 5.00 out of 5 based on 1 customer rating
(1 customer review)

This minicomic has been collected into the book, Your Black Friend and Other Strangers, though this stand-alone minicomic is still available.

In the post-script of the self-published version of Your Black Friend, Ben Passmore explained this comic is his part in “revealing ourselves to each other.” If you’re familiar with Ben’s work, he talks a lot about capitalism, racism, classism, and sexism. But unlike his other work, this is not couched in a fictional or philosophical premise, it is quite simply a letter to his white friends about his experiences.

White people can only know the effects of white supremacy at an arms length, we (I’m white) will never know the level of racism people of color have to deal with and that we inflict because of our whiteness. As Ben says in the comic, “black” is not a performance, and race is not an “issue,” they are each “an existential reality.” So Ben has written this comic in the second person, placing the perspective on the white reader, and writes his own perspective as one from an “other:”

“Your black friend is sitting in a coffee shop…”

“Your black friend wonders if you know that, he has to constantly monitor his speech, dress, and affect relative to his environment, and a misreading could mean the difference between being the black friend and that black guy…”

And like I said before, this is Ben’s perspective, this is his contribution to a conversation that needs to happen more in our country. It’s not THE OBJECTIVE TRUTH THANK GOD WE FIGURED THAT OUT, but it is Ben’s reality, and if you don’t come out of it on the other end with your brain buzzing with thoughts and questions about how your black friends live their lives differently than you, and about you and your active role in white supremacy, you probably have the opinions and the heart beat of someone who was born in 1790.

Sometimes works that are “important” to read are not necessarily “enjoyable” to read. But hey, guess what? This is a Ben Passmore comic we’re talking about, so you know the art is amazing, and that the narrative is well-crafted and that his humor and sarcasm will make you laugh out loud at parts! And then you’ll point at a page and laugh and yell “that’s me! Ha ha! …oh, wait…oh, god, oh my god…that’s ME. Oh jeeze…”

This comic was originally self-published in black and white in June 2016. Silver Sprocket Bicycle Club republished it in full color in September 2016.

1 review for Your Black Friend