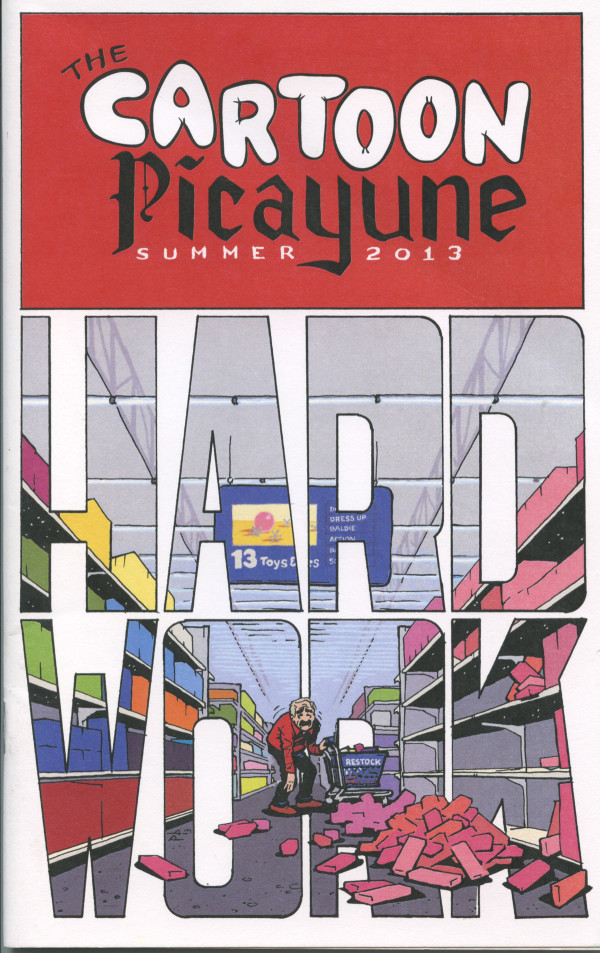 Edited by Josh Kramer, the Cartoon Picayune collects outstanding comics journalism, each issue revolving around a particular theme. Every person depicted in these comics are real, and every word balloon is a direct quote.

The theme for this issue of the Cartoon Picayune, an anthology of comics as journalism, is hard work. The feature comics in this issue focus on the push for reforms to San Francisco’s laws around sex work, and the history of Radium poisoning of workers in the early 20th Century. Back-up comics include a profile of the young owner of a cookie food truck in Washington D.C, and the explosion of coffee houses in Soeul.

The comics act more like history lessons to old or current issues, rather than challenging looks on both sides of an issue. This issue brings you up to speed on the sex worker’s rights struggle in the bay area, and current and pending food truck laws in our nation’s capital.  The coverage is from a perspective siding with those interviewed, giving the issue an activist slant.

Be the first to review “Cartoon Picayune No. 5” Cancel reply