Radiator Comics distributes, produces, and promotes hand-made, self-published and small-press comics that focus on self-expression and storytelling. At the core of our mission is a commitment to increasing the population of comic book readers, providing support to comic book makers to create the best work they possibly can, and to fairly compensate those creators for their work. 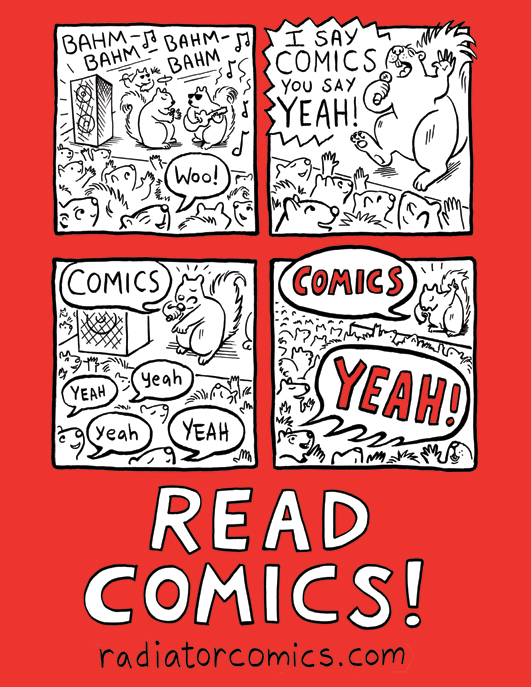 Founded in Chicago in July of 2014, Radiator Comics’ primary focus is distributing minicomics created by excellent comics makers who are passionate about telling sincere stories (both fictional and nonfictional) that speak to our society and humanity.

Our secondary focus is publishing comics by up-and-coming comics makers who excite us. In April of 2017, Radiator Comics published our first book, The Chronicles of Fortune, by Coco Picard.
We started publishing Whit Taylor’s minicomic series, Fizzle in June 2019. In 2020 Fizzle won an Ignatz Award for Outstanding Series!

In the Spring of 2021, we published three issues of Spiny Orb Weaver, an arts journal about cartooning in South Florida highlighting the work of Miss Jaws, Drew Lerman, and Jamila Rowser. The first three issues were funded with a 2019 Ellies Award, Miami’s visual arts award, presented by Oolite Arts! Our most recent publishing project is a collection of Dave Ortega’s series, Días de Consuelo, which will be released in November 2021!

In August of 2017, we moved to Miami, where we’ve had the opportunity to run a few pop-up shops at local galleries, including EXILE Books and Locust Projects. In addition to running a comic book store, we ran a series of programming, which we found really rewarding. 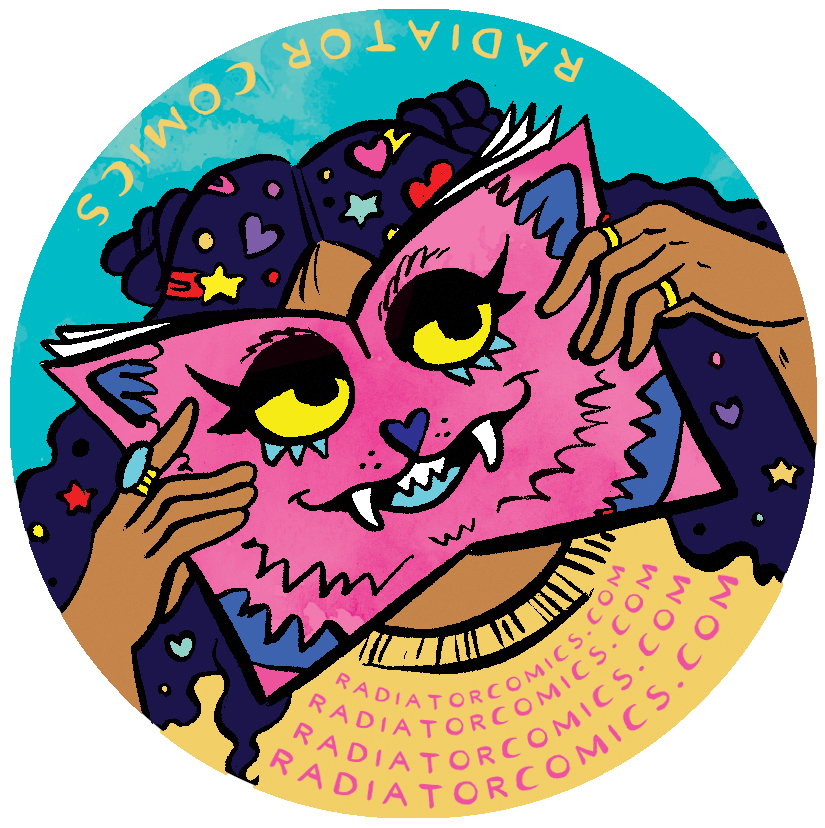 In order to continue the programming, we applied for a Knight Arts Challenge Grant from the John S. and James L. Knight Foundation to create a physical work and meeting space for cartoonists. Originally scheduled to open in the spring of 2020, Radiator Comics Studio had to switch to a series of online programming because of the COVID-19 pandemic!

We are constantly looking for new artists to represent, and new venues to sell those artists’ comics to. We are also passionately invested in enriching the self-published and small-press comics community, and are interested in supporting others’ hard work for our community as well.

If you want to get in touch with us about any of those concerns, please use our Contact Form. 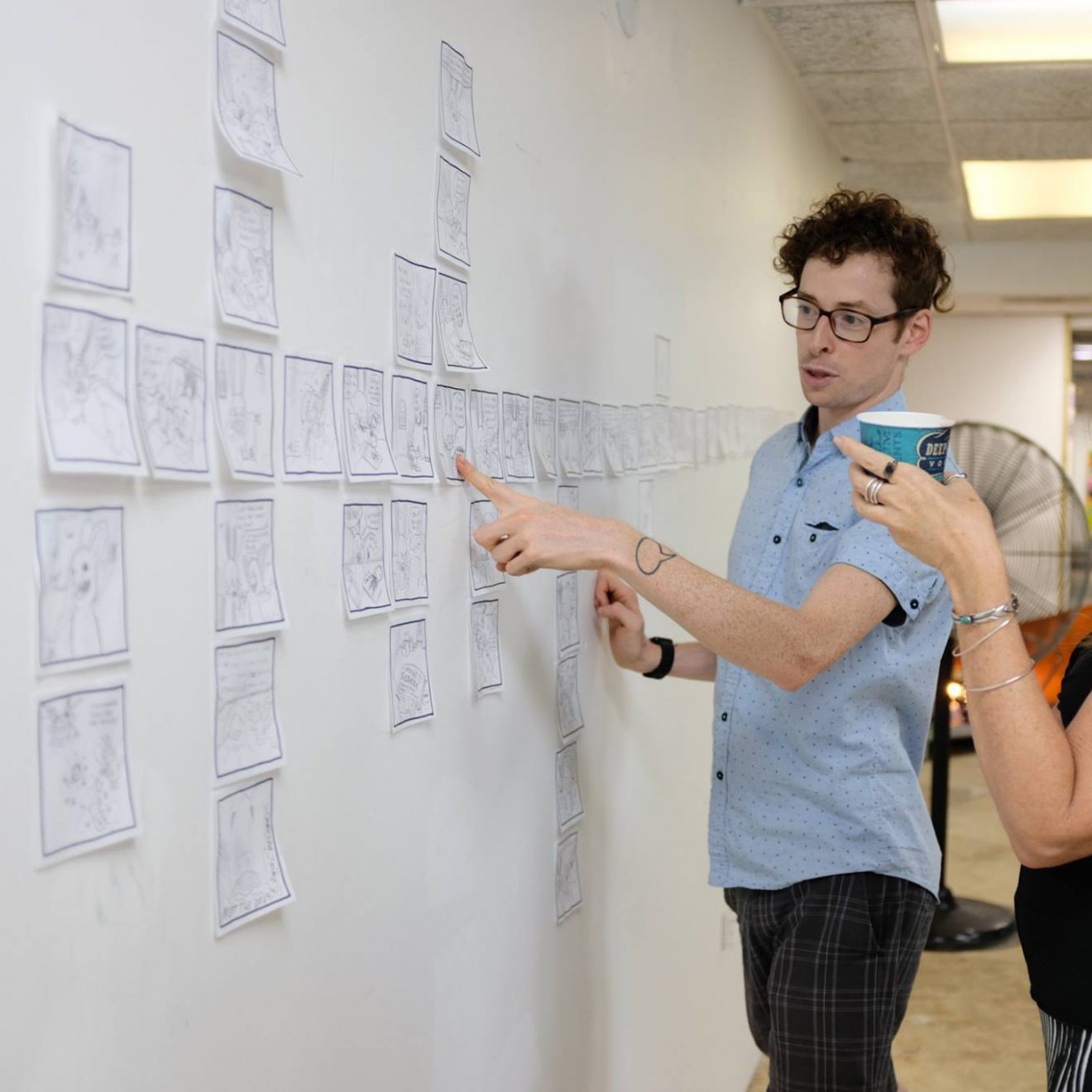 Radiator Comics is owned and operated by Neil Brideau, a maker of all-ages comics in Miami, FL. Neil worked at Quimby’s Bookstore (an epicenter of minicomics and zines) from 2009 – 2015. From 2010 to 2012, Neil was a founding co-organizer of the Chicago Zine Fest, and then helped found the Chicago Alternative Comics Expo in 2012, which he organized through 2017. Neil was a juror for the Ignatz Awards in 2017. He’s been making minicomics since 2006, and loves photocopying & binding his comics.