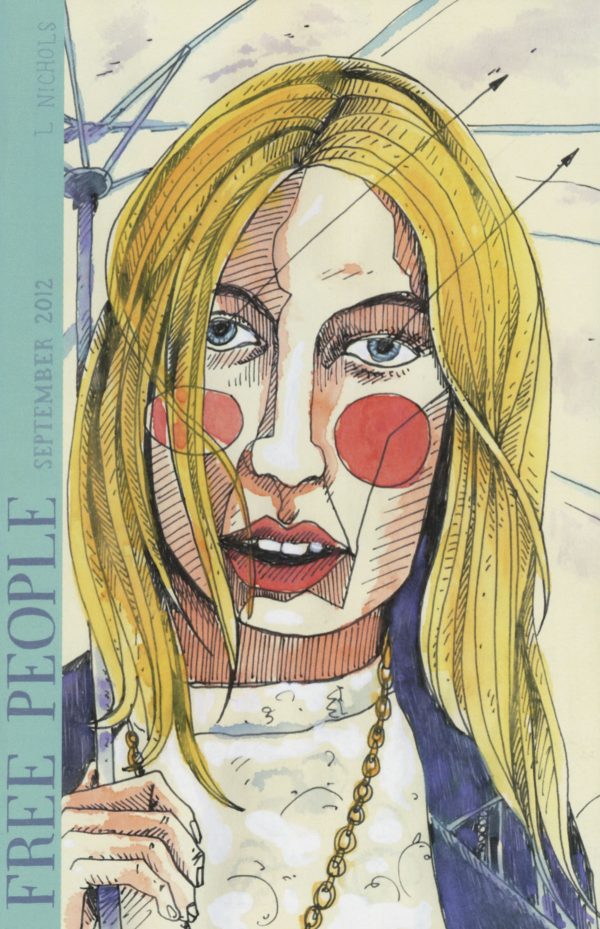 from the series Free Peoplepublished by Grindstone Comics

Every single image from the Free People catalog

Only 10 left in stock

An Art & Design / Poetry minicomic for adults about fashion, and sadness.

Free People September 2012 is an assembled comic by L. Nichols about freedom. L drew every picture from a Free People catalog and combined it with text taken from a book he found on the street while walking through Brooklyn.

This issue takes a different tack from the previous one. Instead of expressions of liberation, the September issue deals with feeling trapped and hopeless; as if the exposed facade of the previous issue was pulled away.

Be the first to review “Free People, September 2012” Cancel reply