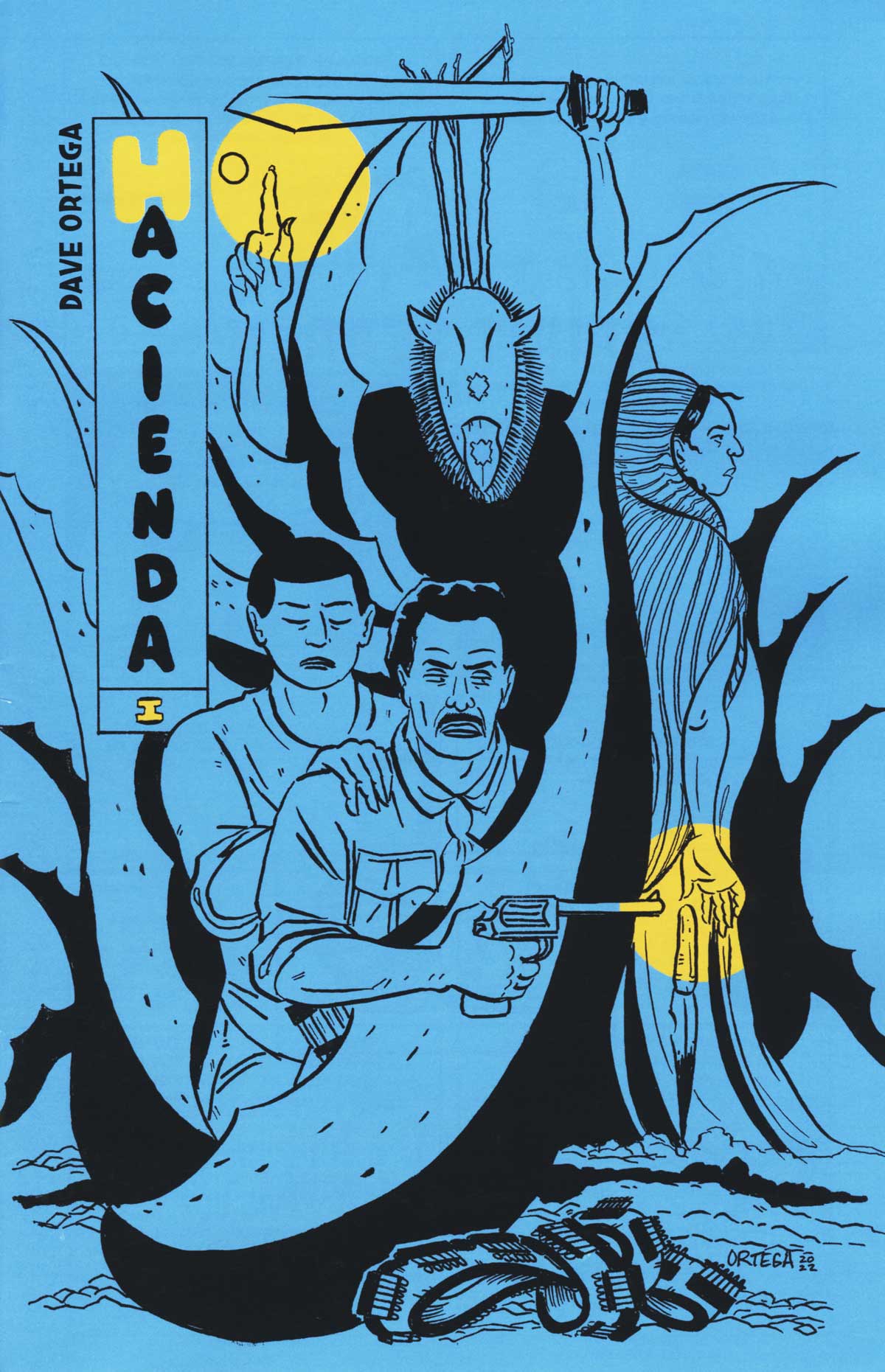 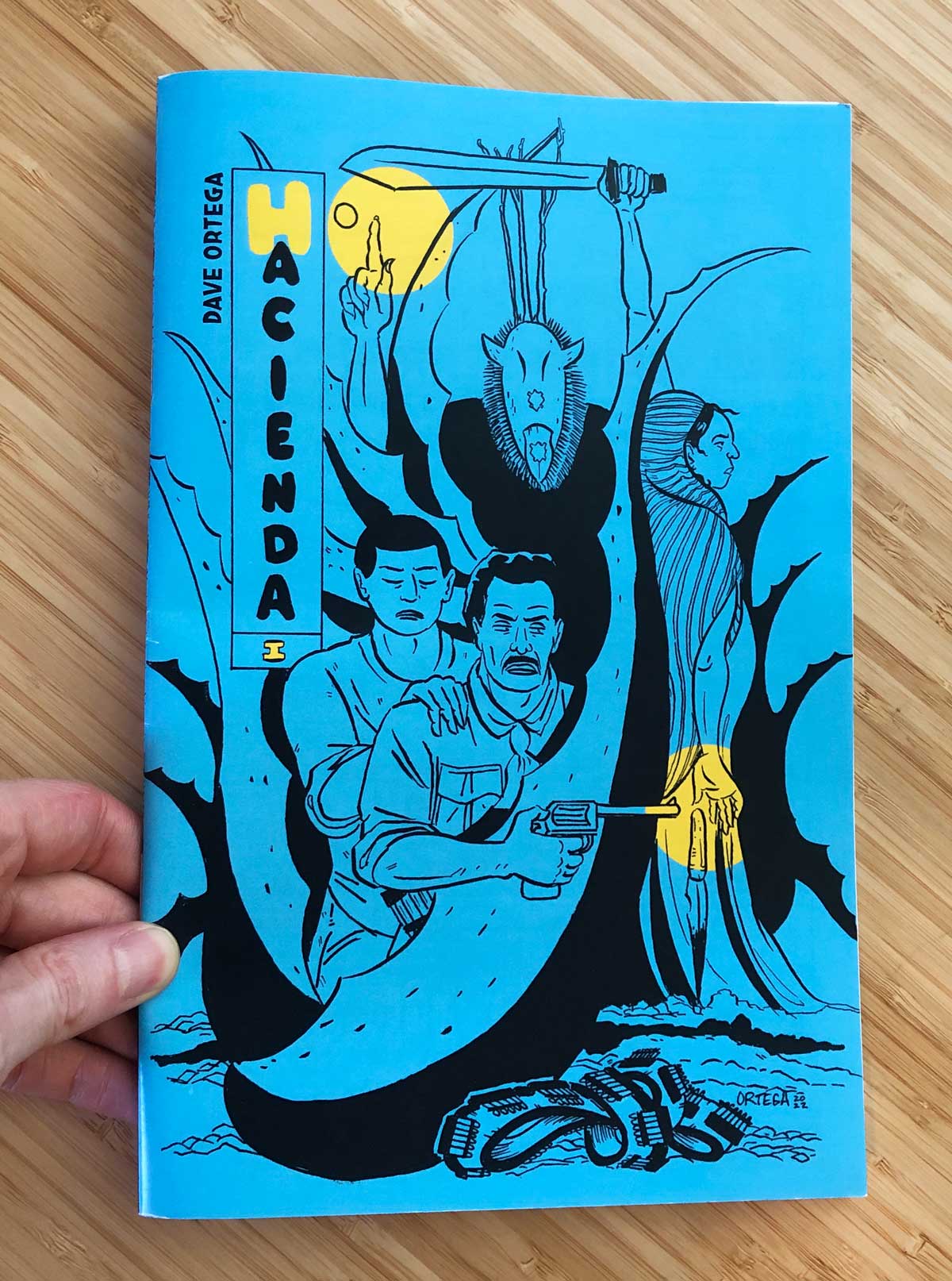 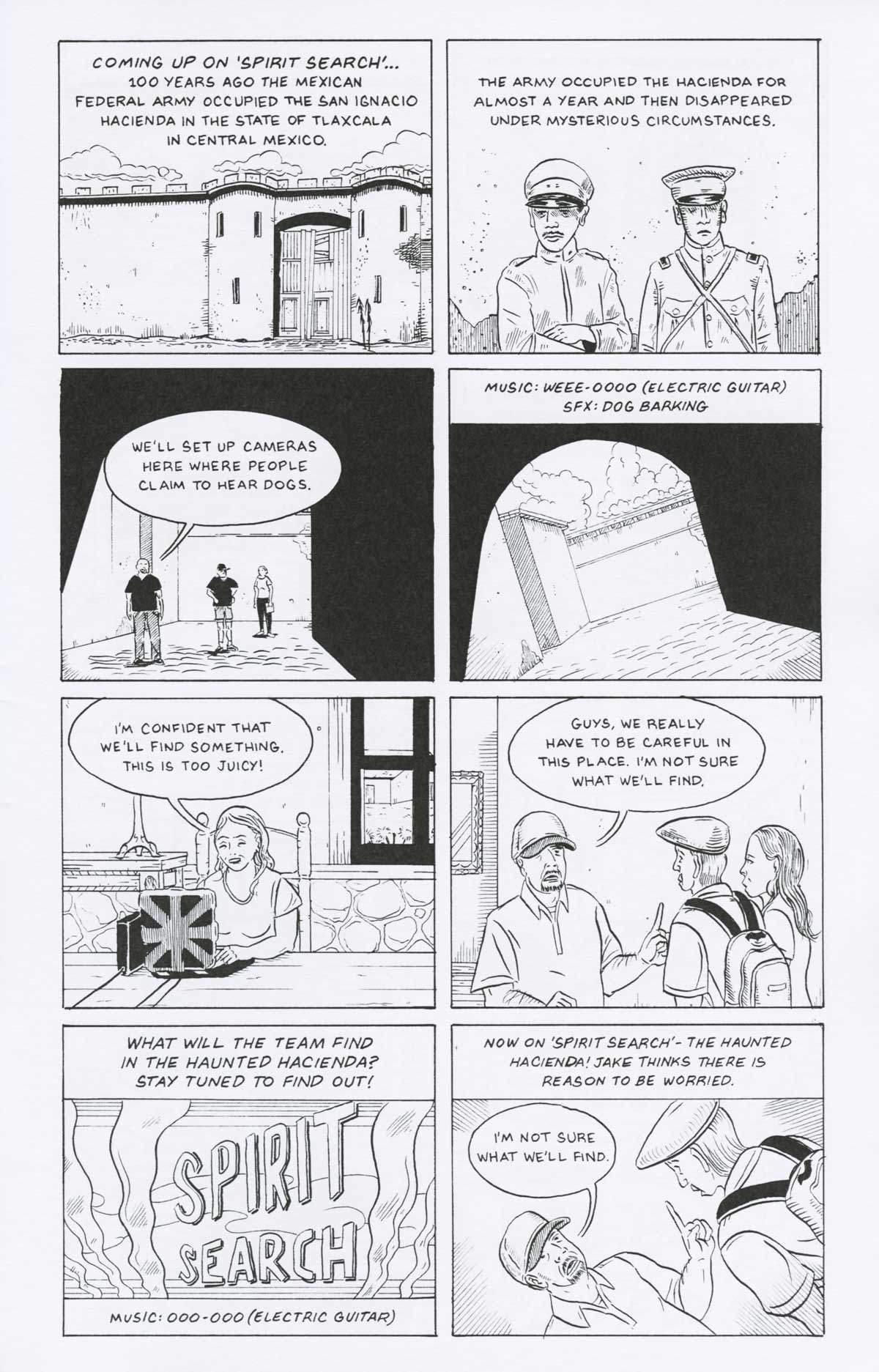 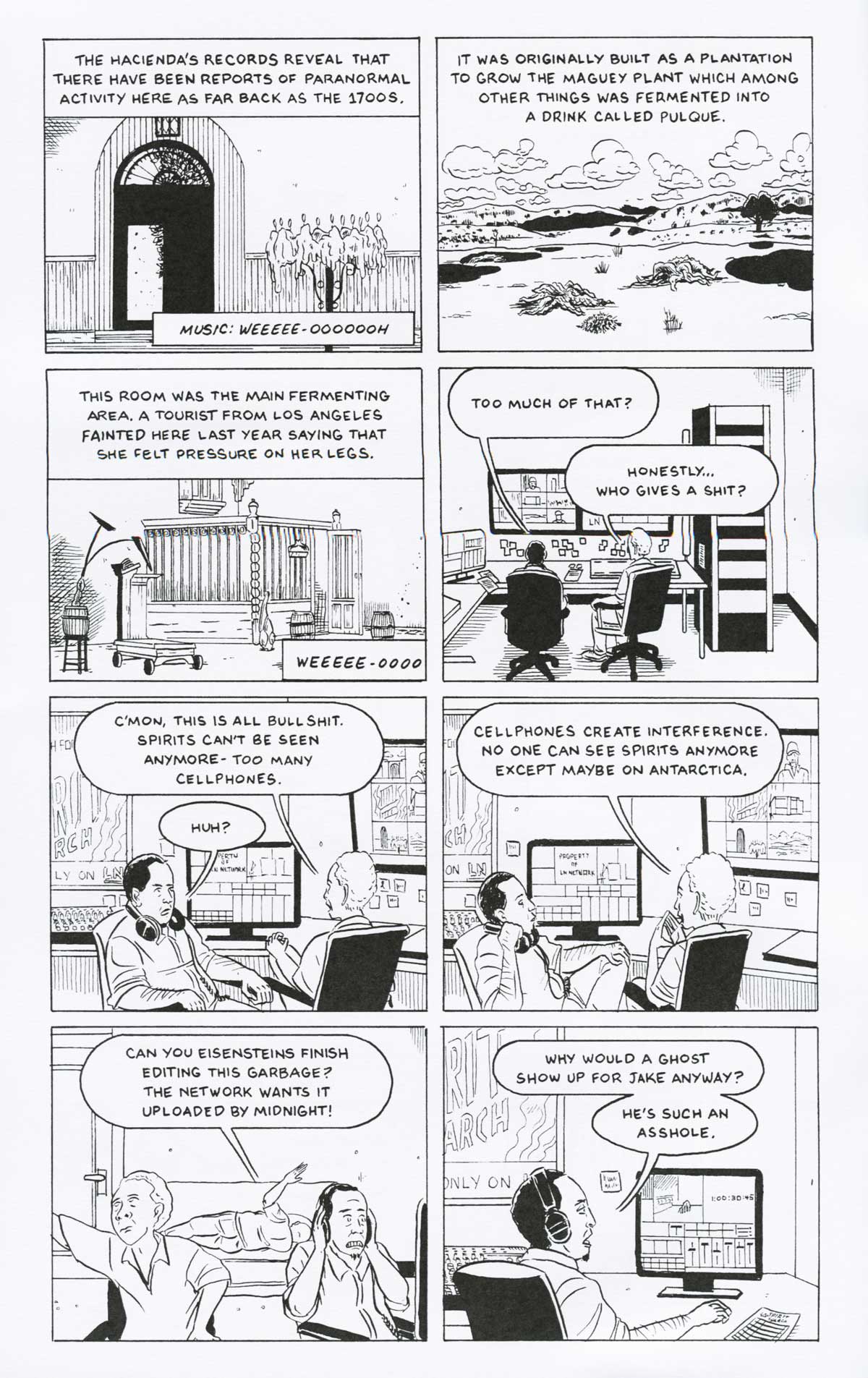 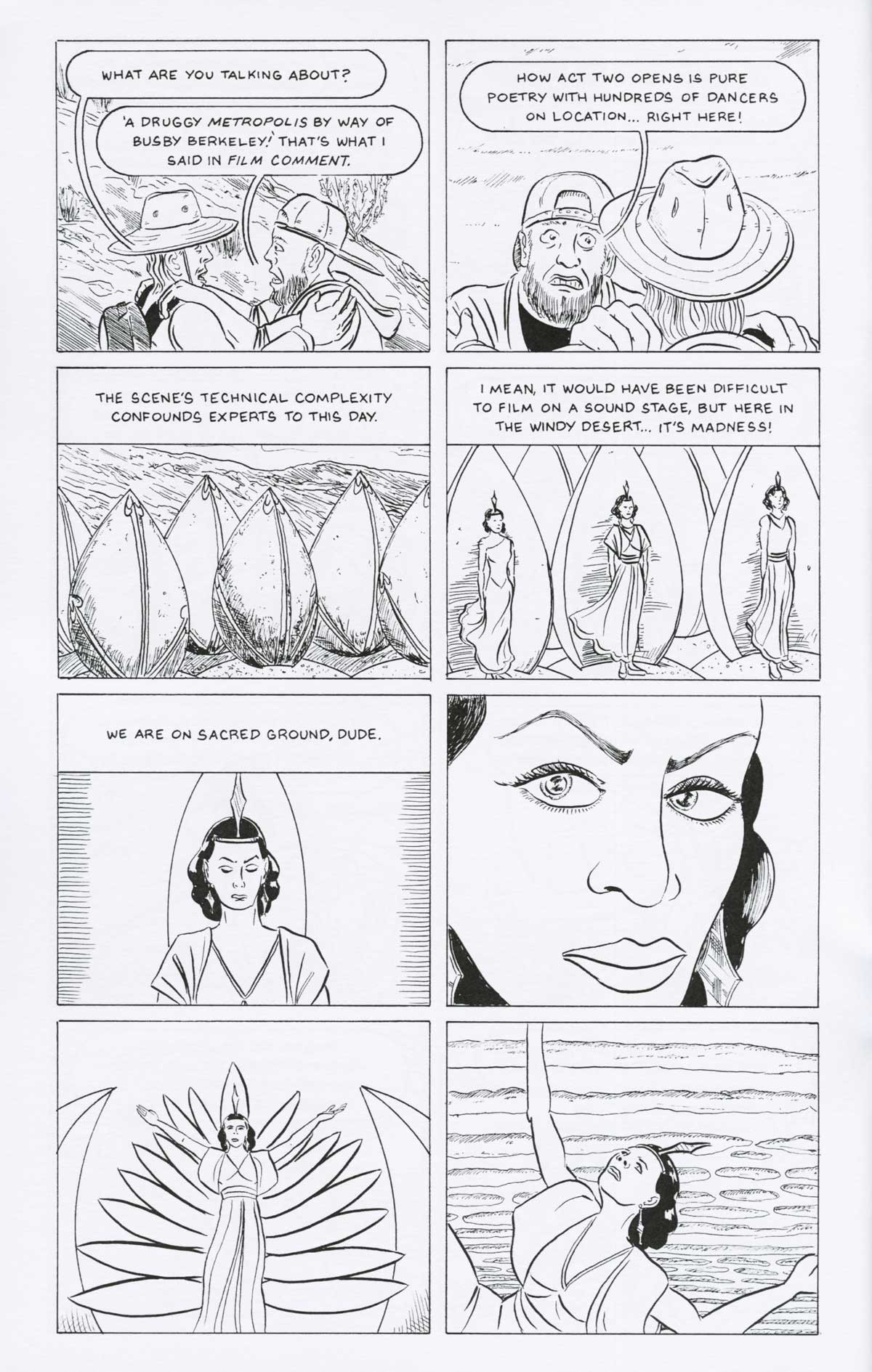 Hacienda No. 1 by Dave Ortega

Tales of place and the eternal search for truth

A Literary Fiction minicomic for adults about film, ghosts, mexico, and television.

In “Spirit Search,” a reality television show uses sensationalism to sell the idea of ghosts in a long-abandoned hacienda. The true story of spirits, lust, and rebellion is far more compelling than anything television producers could conceive.

“The Campesino Trilogy” follows two film students searching for a fabled bunker of cult filmmaker Sando. Sando’s films are surreal and stylized, and the film students discuss them and the filmmaker’s life as they hike through uncomfortable terrain.

Be the first to review “Hacienda No. 1” Cancel reply