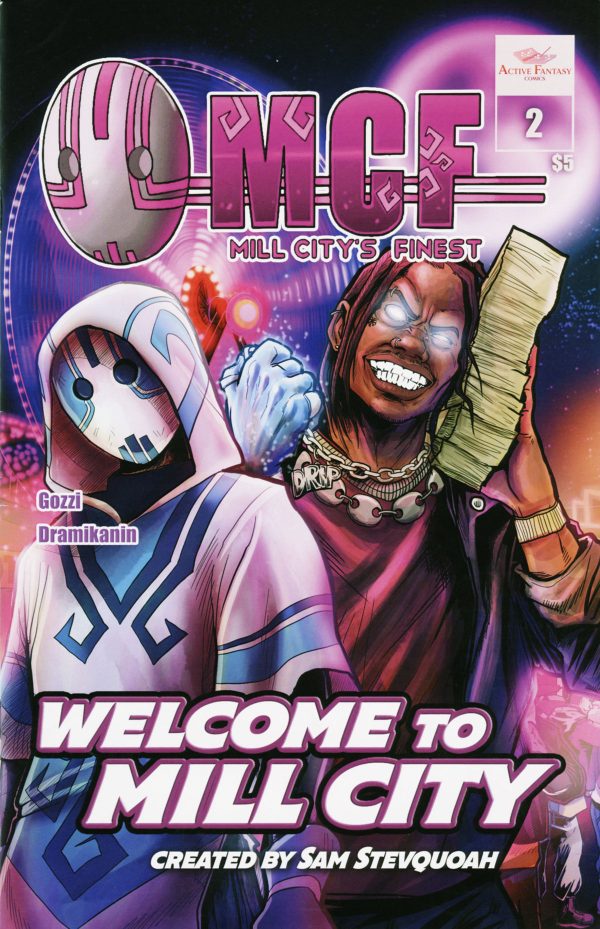 from the series Mill City's Finestself-published

An Action & Adventure / Fantasy & Science Fiction minicomic for all ages about acab, crime, and drugs.

In Sam Stevquoah’s Mill City Finest, Welcome to Mill City, Aundre Weah is living a double life. By day, he’s a high school student, by night he uses special powers to protect his hometown of Mill City as an Uncontainable. In response to the rise of Uncontainable, the city has formed a paramilitary police force known as Rogue Control, who shoot first and announce themselves second. Now a drug dealer named Drip is distributing an edible that gives citizens temporary powers, which… complicates things.

In issue two Aundre’s relationship with his friends, Rudi and Hector are strained as Rudi starts her internship with Rogue Control, and they argue about the best way to deal with their problems. At the county fair, they spot Drip, and try to apprehend him. Unbeknownst to them, Hector’s younger brother, Willito has gotten himself involved with Drip’s dangerous operation!

Be the first to review “Welcome To Mill City No. 2” Cancel reply