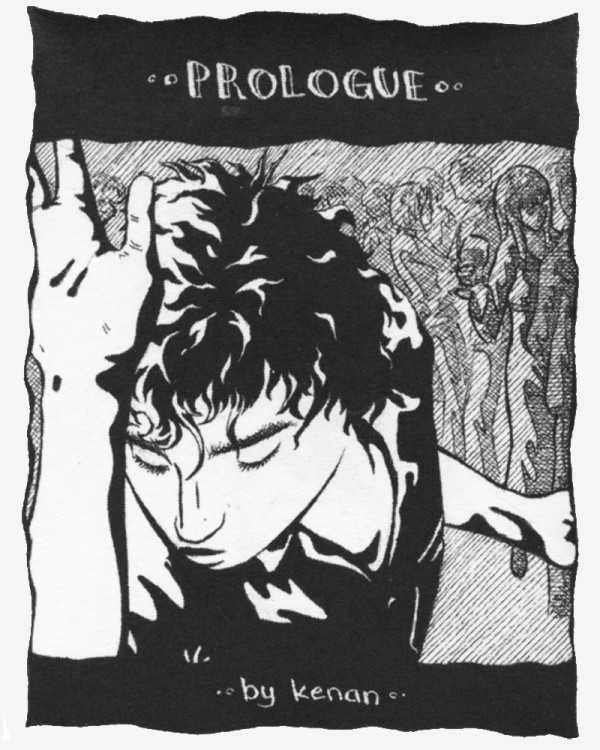 Is this the start of something good?

Prologue is the first issue of Kenan Rubenstein’s Oubliette series. Not a believer in fresh starts, nor an optimist, Kenan finds things changing for the better when hints of romance hit him at the stroke of midnight, 2008. But is Kenan’s new leaf on love too good to be true?

Kenan’s Oubliette series employ a zine-making technique called the “foldy,” in which a sheet of paper is folded in half four times to create a tiny book. The story unfolds as the paper unfolds, each turn of the page expanding the size of the comic, until it flourishes into a full-page spread. Despite its brooding, it is a really fun read, capturing a magical moment at the start of a romantic relationship.

Be the first to review “Prologue” Cancel reply