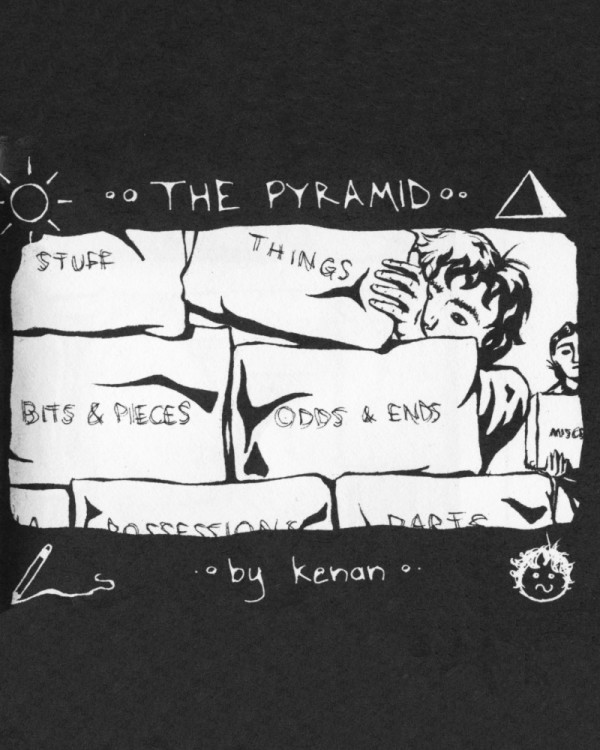 The Pyramid by Kenan Rubenstein

An effigy to a past life.

Kenan Rubenstein and his ex-girlfriend are moving out of their apartment, and are parting ways. Kenan’s pal Grego’ is there to help move Kenan’s life into a storage unit. With his entire existence in storage and his cat at his mom’s, the heavy lifting turns out to be the emotional baggage Kenan has brought along, rather than the boxes themselves. Don’t worry, though Grego’s there.

In this comic, the third in Kenan’s Oubliette series, we begin to notice the story is moving backwards (in issue two, Grego’ and Kenan have put Kenan’s stuff in storage and are now going to the Beach). The storytelling too becomes very complex in this tiny comic (which is just a sheet of 8.5 x 11″ paper folded into a tiny book). Placing his worldly possessions into a tiny box evokes the idea of a sarcophagus, and so Kenan riffs on this idea, telling part of the story through tiny glyphs along the margins of the comic.

Be the first to review “The Pyramid” Cancel reply