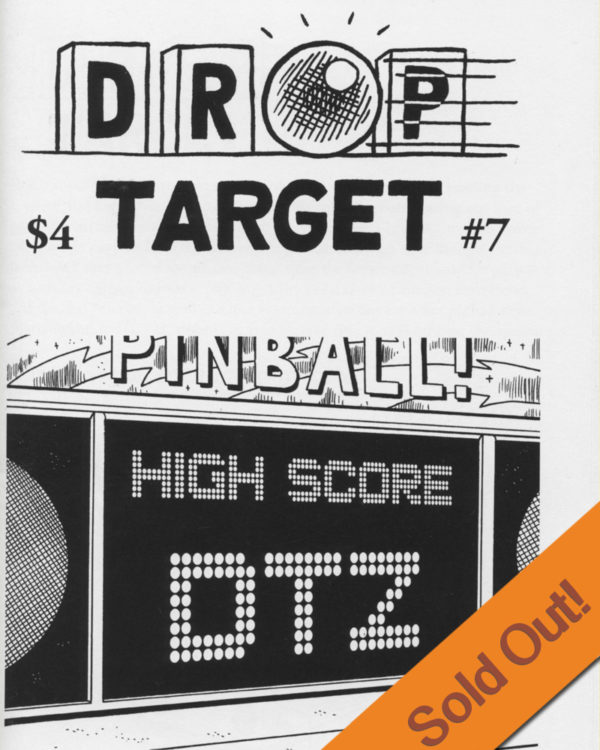 The future of pinball begins with the end of Drop Target Zine!

IN THIS ISSUE:
THE FINAL ISSUE!
Jon tells us all about other pinball zines and podcasts!
Liz Prince designs a Troll 2-themed dream machine, while Alec concludes his Harry Potter (book)-themed pins, and Jon presents his Megaman 2 dream machine.
Ryan Claytor interviews Gerry Stellenberg, inventor of an interchangable pinball platform.
Alec makes a plea to the pinball community to be more welcoming to people who are not white straight dudes!
Portland’s pinball scene, and the documentary Special When Lit are reviewed.
DTZ’s story concludes with Jon selling his Jurassic Park game!

Be the first to review “Drop Target Zine No. 7” Cancel reply

FREE SHIPPING on domestic orders over $60 through December 31, 2020! Dismiss