I really wish I didn’t have to ever post a “we’re back” announcement on the Radiator Comics website, but here we are! After the whirlwind of a festival CAKE was in June, we almost immediately started packing our bags to move to sunny (and hot and humid) Miami, Florida! And just as we were unpacking our boxes, and getting Radiator back up and running, we had to load up our car, and head north to avoid the historic hurricane Irma! Miami and our tiny corner of it fared very well, and our thoughts are with people in Houston and especially Puerto Rico and other Caribbean Islands hit hard by hurricanes Harvey, Irma, José and Maria.

We are really happy to be back doing what we love to do, spreading the word about fantastic self-published comics like Isabella Rotman’s latest minicomic, Long Black Veil! Based on a folk song from the 60’s, Isabella has recruited singer/songwriter Jenny Owen Youngs to help put her own unique spin on the murder ballad. Of course it’s a great little nugget from Isabella, and it’s enhanced by an accompanying cover of the song by Jenny, which can be heard/seen on her website here.

The Small Press Expo was last weekend, which marked the start of a busy season for us! 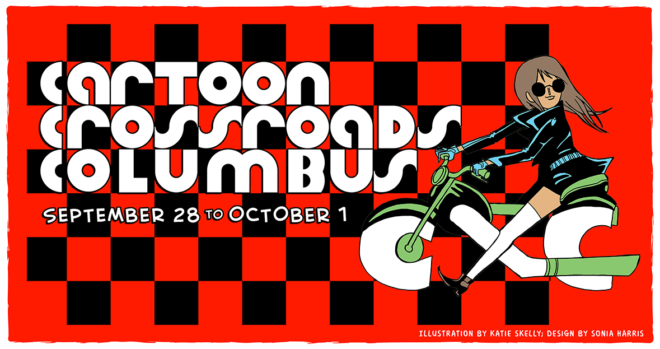 This weekend we will be in Columbus, Ohio for the third annual Cartoon Crossroads Columbus! It’s an enriching celebration of comics, featuring two days of programming at Ohio State University before the weekend of comics makers & publishers tabling at the main branch of the Columbus Public Library. We’ll be hosting Sage Coffey all weekend, as well as Marcos Pérez & Mike Centeno on Saturday, and Coco Picard on Sunday!

Later this fall we’ll be tabling in Boston, Seattle and Ft. Lauderdale! Coco will be doing events to promote The Chronicles of Fortune in the Bay Area and Austin! You wont want to miss any of these events!